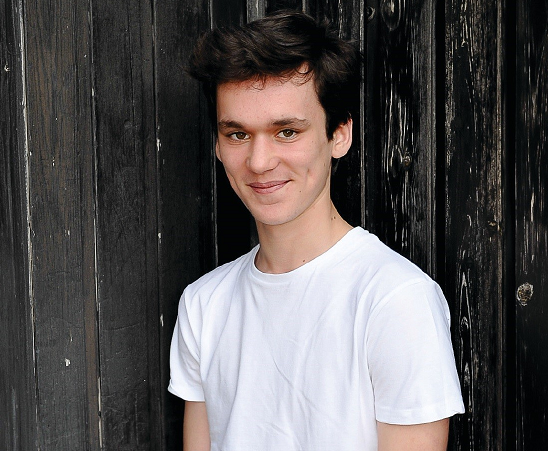 When Eddie was assaulted by a boy he knew, it had a long-term impact on his health, his wellbeing and his family. Here, he describes how restorative justice helped him get his confidence back.

“I was at my mate’s house, just down the road from mine. There was a bit of a gathering going on – me, two of my friends and my brother were there. We had a bit of music on, and were just chilling out together in the summer house at the end of the garden. I looked down the garden and I saw some people walking towards the house. At first I couldn’t see them, as they had hoods up and balaclavas over their faces, but then they came in, and I realised I knew two of the boys.

"I got knocked out, and when I came around, my mate was sitting next to me screaming, ‘Wake up, wake up!’"

“They came up to me and one of them, Mike, began pushing me around. I hit my head on a cupboard that was next to the chair, but he kept hitting me repeatedly round the face. I got knocked out, and when I came around, my mate was sitting next to me screaming, ‘Wake up, wake up!’

“My mate’s parents came home and my brother phoned my mum in a panic. She ran to the house with my little brother and sister. I was coming round, and kept asking where my older brother was – I wanted to know if he was okay. I was put in the back of a neighbour’s car to calm me down while people were looking for my brother, and trying to find out what had happened. Then the police came, and began questioning everyone. I wasn’t in the right frame of mind to answer questions, so I was told to go to the station the next day to make my statement.

“I thought I was alright when we got back home. I went upstairs, and then I just kept passing out due to the pain. My mum phoned an ambulance and I was taken to the hospital. Even in the ambulance I was in and out of consciousness. I don’t really remember much from there, it was just a blur.

“I was kept in overnight and I started to have body spasms and sharp pains in my head. I was sent for an MRI scan, but the next morning I told them I was alright and was released – I just wanted to go home for my sister’s birthday, even though I was still in a lot of pain. I came home and I was alright for a bit. But then I began having spasms and seizures down one side of my body – one side of my mouth would drop, my arm would go numb and my mind would go completely blank.

“I was referred to a specialist and underwent testing including an MRI, a CAT scan and an EEG scan. After months of stress and worrying the tests came back all clear - there was something clearly wrong but the doctors couldn’t find out what it was. I was having constant headaches, and was in agony all the time. The problems still haven’t stopped, but you kind of get used to it. The doctors hope that one day the symptoms will stop

"After it happened I just didn’t know where to go or what to do. I completely cut myself off from my friends."

“After it happened I just didn’t know where to go or what to do. I didn’t go to school regularly, and didn’t complete a full week for about 6-7months. I was hardly going out, and if I did I’d look over my shoulder constantly. I wouldn’t even want to stand outside the front of my house – I’d rather stand in the back where no-one could see me. I completely cut myself off from my friends.

“It was hard on my family too. My brother, Ben, had witnessed the whole thing – I’d been knocked out, but he’d had to watch everything happen. He was helpless, and he felt like it was his fault because he couldn’t stop it. He was angry, and didn’t know what to do either. He stayed in a lot. My mum was trying to stay supportive, but she was still angry because nobody wants to see their kid go through that.

“When the police came over a couple of nights after the attack to take my statement, they gave us a contact number to get more support. That was when I first heard about restorative justice. At first I really didn’t want to do it. I didn’t want to meet Mike or sit in the same room as him. And then after a while the YOT gave my mum a YouTube video which I watched and it explained that the meeting would be supervised, and I wouldn’t be on my own with him. Ben decided to come along with me for support.

“I knew that it was going to be hard and awkward at first. I got a chance to look at the questions that me and Mike would be asked beforehand, so I could get the answers ready in my head and gather the emotions I was feeling at the time. It helped me go in there feeling a bit more prepared, and made me feel a lot better about going into the meeting.

“I just went in there and asked him, ‘Why did you do it? Did you get anything from it other than ruining your life?’"

“Even until the minute I went into the room I was so nervous. I didn’t know what I was walking into, or what the outcome would be. I had things I wanted to ask, simple questions, like why did he do it and what did he get out of it.

“I just went in there and asked him, ‘Why did you do it? Did you get anything from it other than ruining your life?’ Just before the attack, I’d won a fight with someone that Mike was very close to. I’d thought the situation had calmed down but Mike was still angry, which is why he came to find me that night. He told me that this friend was like his brother, and I understood that. He also told me he understands how Ben feels, because Ben’s gone through pain over all this.

“Ben didn’t really want to say much in the meeting – he was still angry and felt that nothing Mike could say would make a difference. He just sat there, and I could see he was getting angry, knowing that Mike had completely changed my life. I think since the meeting he’s got over it a bit more, though.

"I think that’s the revelation for both of us – seeing things from the other person’s perspective."

“For me, though, the meeting changed everything. Before, I was constantly beating myself up about the crime - it was hard. Going in to the meeting I wasn’t sure how we’d come out of it, but I got the answers I wanted from Mike, and he can see the impact it’s had on me. I think that’s the revelation for both of us – seeing things from the other person’s perspective.

“In the meeting we agreed that if we saw each other in public, we weren’t going to have a conversation or look in each other’s direction – we’d just go past like we didn’t know each other. After the meeting I was wondering if he was actually going to do it, or if he was just saying it because everyone was there. I was nervous, but the first time I saw him he was true to his word. We didn’t look at each other, just walked on. His attitude is completely different now.

"In the last couple of months since the conference I’ve started going out again. I’ve rebuilt friendships with a lot of my friends because I’d completely cut them off."

“I’d still be worried about going out and seeing Mike in the street if I hadn’t done restorative justice. But having had the meeting and all of the support has made it a lot easier and I no longer have to look over my shoulder. In the last couple of months since the conference I’ve started going out again. I’ve rebuilt friendships with a lot of my friends because I’d completely cut them off.

“Restorative justice was completely worth doing. You can get all the answers you want in a controlled environment – and it’s all helped by the facilitator. After court I’d been angry. I thought he’d got away with it, so I might as well find him and do the same thing. But hearing about how it’s affected his life, and will always affect his life, has made me realise it’s just not worth it. I used to get into fights, but after this – well, there’s just no point. It’s just going to ruin your life.

“I would 100% recommend restorative justice to another victim of crime. It’s made things a lot better for me – I feel a lot more confident going out and there’s no more arguments or tension. It’s completely changed everything.”

The RJC would like to thank Essex Youth Offending Service and Eddie for sharing his story with us.