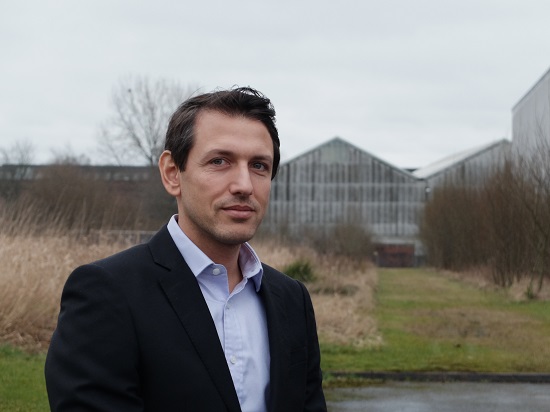 Daniel became the victim of anti-Semitic hate crime while out walking in his local area. Here he explains how restorative justice enabled him to tell the offender exactly how the crime had impacted on him.

“I’m a 43-year old Mancunian born and raised in Salford. I live there now with my wife and three kids. One Saturday morning I was walking with my brother-in-law along a road I walk down regularly past a synagogue. In front of us, there was a group of children who I know – we were on our way to attend a Bar Mitzvah that they were also going to.

“As we walked along, a white Vauxhall Astra drove past. The driver was honking the horn at the boys, while a man leaned out of the passenger window shouting, ‘A Jew, a Jew’. He shouted it again as the car passed me and my brother-in-law.

“I was wearing a suit, rather than more traditional Jewish clothing - no big furry hat, no ringlets and no flowing beard. I don’t carry a phone on the Sabbath, but I reported it the next day. Fortunately I had recalled the number plate of the car in question and reported the incident online to the Community Security Trust, a charity that protects British Jews from anti-Semitism.

“I thought the perpetrator needed to be challenged on his actions. Restorative justice offered me the chance to do that.”

“I was contacted by police sergeant Steve Wightman-Love and police constable Neil Cheslett from Greater Manchester Police. They explained that the incident was classified as a public order offence and that it had been recognised that there was a racist element. Shortly afterwards, PC Cheslett got in touch to let me know that the car the men had been travelling in was registered in West Yorkshire. He then told me about restorative justice and asked if I wanted to meet the man who’d been shouting the abuse.

“Having grown up in Manchester as a Jew, I’ve become used to having to put up with racist incidents since the age of 11, so I wasn’t left emotionally distraught, or lying awake at night by the event. I wasn’t thinking that I needed to leave the country for the sake of my children, or anything like that. I didn’t believe running away from the problem was the right approach and I thought the perpetrator needed to be challenged on his actions. Restorative justice offered me the chance to do that.

“I’d thought I was relatively unaffected by the incident, but on the day of the restorative justice conference, different emotions started to surface.”

“From a victim’s perspective, the way the police treated the case spoke volumes. It provided a huge source of comfort that the authorities were taking hate crime so seriously. I was told that I would be accompanied in the meeting room by two police officers. The police explained that at first the offender – Lee* – was likely to offer an excuse for his behaviour, but that by the end of the meeting they hoped that he would be able to understand the consequences of his actions and offer an apology.

“I’d thought I was relatively unaffected by the incident, but on the day of the restorative justice conference, different emotions started to surface. I felt a deep-seated frustration with people who act that way and their hatred, which is baseless. I do everything I can to live in an integrated world, and I struggled to understand why others wouldn’t want to do the same.

"There were four police officers in the room, PS Wightman-Love and PC Cheslett and two other police observers who had asked permission to sit in on the conference. I’d decided to wear what I usually wear on a Sunday to show to Lee how normal I was. Coincidentally, we were wearing virtually identical clothes. We both had brown boots, jeans and a puffer jacket on. I pointed out this out to Lee, and I think this struck a chord with him. I just happened to have a slightly different belief system to him.

“I was asked to tell Lee how I felt about what had happened. That’s when my blood started to boil - I was so angry that he’d levelled his abuse at children. The excuse he offered in return was like something a child would come up with. He claimed that he was speaking to the driver and not us, and that he was only shouting as the driver couldn’t hear him because he had his head out the window.

“I asked him how he would feel if anyone had abused a member of his family in that way.”

“He even tried to excuse his behaviour by saying that he didn’t understand Jews as he was from Leeds where there weren’t many. But then I told him that my mother was from the same part of Leeds as he was, at which point he started to change his tune. I asked him how he would feel if anyone had abused a member of his family in that way. I was quite surprised how emotional I got.

“Eventually Lee said that what he’d done was ‘a bit of banter’, but that he realised that it was wrong of him and he apologised. He never went as far as saying, ‘I purposely set out to discriminate against you,’ but he accepted that his actions were hurtful and were wrong.

“It wasn’t about catharsis for me, it was about Lee understanding why what he had done was wrong.”

“I feel that restorative justice in this case was more effective than a police caution ever would have been. It wasn’t about catharsis for me, it was about Lee understanding why what he had done was wrong and for him to go away not wanting to act in that way again. I also wanted him to realise that Jewish people are just the same as him in many ways.

“After the meeting, Lee left the room first and I was asked if talking to him had made me feel better. It was strange because although I'd said I wasn’t emotionally harmed by the incident, I knew from the way my blood had boiled during the course of the process that, actually, it must have affected me.

“I honestly do believe that he won’t act in the same way again.”

“But at the end of the process, it was all about education. It was about teaching Lee why it was wrong, and I honestly do believe that he won’t act in the same way again. I'm not saying we’re friends or that we’re ever going to see each other again, but there was certainly a relatively warm handshake between us at the end of the meeting.

“If somebody told me that they'd been a victim of a hate crime, I would recommend restorative justice if it was an option for them. There is a catharsis that comes from meeting an offender and finding out why you were picked on. But I think, more than that, we all have a responsibility to educate.

And the only way we can educate is a little bit at a time, one at a time. Having that offender understand the deep impact that they had on the victim, to me, is very important. Punishment is not the same as education.”

The RJC would like to thank Greater Manchester Police and Daniel for sharing his story with us.

*Lee’s name has been changed.