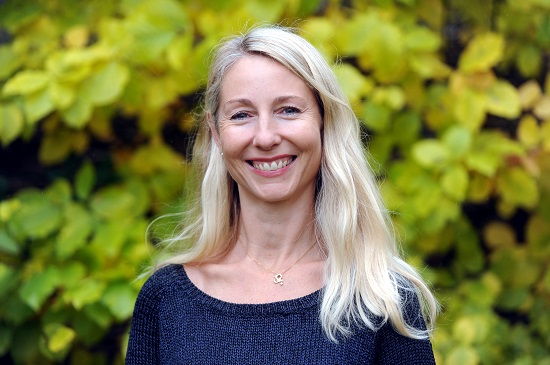 When Alli’s house was burgled, losing irreplaceable memories of her mother left her distraught and with unanswered questions. Here, she explains how restorative justice gave her the chance to tell the offender how much he’d hurt her so that she could move on with her life.

“It was 22 May, the second anniversary of my mum's funeral, and so it was already a difficult day for me. When I got home from work with my two young daughters, I noticed that all the drawers of a piece of furniture that sat in the hallway were open, and there was a lot of stuff from the cupboard all over the floor.

“I just assumed that it must have been my daughters who had caused the mess, but when I went into the living room all the drawers were pulled out there, too, and there was stuff all over the floor.

“I called the police and my partner, and then my neighbour to see if they could look after the girls. The main thing that hit me was that my cameras, which held a lot of personal family footage, were missing. I had downloaded some but not all of it, including the last six months of my mum’s life. That was really hard to take.

“When I went upstairs I saw that the chest of drawers where I kept all of my jewellery had been completely emptied, and our bedroom had been trashed – the burglar had been very thorough.

“The police arrived, and they were very supportive. Losing the footage and the jewellery was devastating - I felt like I had lost my mum all over again. I wanted to show it to my daughters, and to be able to hear my Mum's voice and see her face. The burglar had denied me that, and it physically and emotionally wiped me out.

“The loss of my jewellery was also very upsetting. It had huge sentimental value for me, and I had looked forward to passing it on to my daughters.

“I still had a lot of questions, and I felt that I had no closure.”

“A couple of months after the burglary I received a call from the police saying that they had found the offender. His name was Tom*, and it turned out he was already in prison by then for other offences.

“As there was no follow up criminal justice process that I was directly involved in, it left a void. I received notification of his court case and sentencing, and that was the end of it. I still had a lot of questions, and I felt that I had no closure.

“A year later, I received a phone call from Lighthouse Victim and Witness Care within the Police. They told me about restorative justice, and asked if I wanted to take part in the process and meet Tom. I surprised myself by being instantly keen - I felt a need for something more.

“I needed Tom to see the impact and effect of what he had done.”

“Two restorative justice facilitators called Stephanie and Pete got in touch and arranged to come and see me to take me through the process. They were very thorough, and placed an emphasis on my safety and feelings.

“I was incredibly nervous about the meeting as I knew it would open up old wounds, but I felt strongly that I wanted to participate. I needed Tom to see the impact and effect of what he had done.

“I didn't want to shout at him, but I wanted him to see how hurtful his actions had been. His prison sentence was an impersonal punishment, and I wanted him to understand the personal impact he had had on me and my family.

“He looked genuinely shocked when I explained the circumstances around the burglary.”

“I felt anxious on the morning of the meeting. I was absolutely sure that I wanted to do it, but I knew that it would also be really difficult for me. When I saw Tom, though, I was surprised because he wasn't at all as I had pictured. He spoke first, and apologised straight away. The process was handled sensitively, and it was made clear throughout that the process was for my benefit, not Tom’s.

“He looked genuinely shocked when I explained the circumstances around the burglary. I felt that he was remorseful, and that what I had to say had an impact on him.

“Meeting Tom gave me closure. He made clear that if he could recover the items he had taken that were so valuable to me he would, but that it would be impossible to do so. That was important for me to hear, as it helped me to stop hoping that I might get some of it back.

“The restorative justice process has definitely helped me to move on”

“After the meeting I felt that I had done as much as I could do to make Tom understand the real impact of what he’d done, and for me there was no mystery to him anymore. I would recommend restorative justice to other victims. It's important to be aware that it’s not going to be easy, but if you feel in your heart that it’s a way to move on from what's happened to you then go for it.

“The restorative justice process has definitely helped me to move on. It still hurts hugely that I won’t ever get my camcorder footage and some of my jewellery back, but the process has nonetheless helped me to address the pain and begin to move forward.”

The RJC would like to thank Lighthouse Victim and Witness Care within Avon and Somerset Police and Alli for sharing her story with us.

*Tom's name has been changed