Racism in the playground: a restorative response 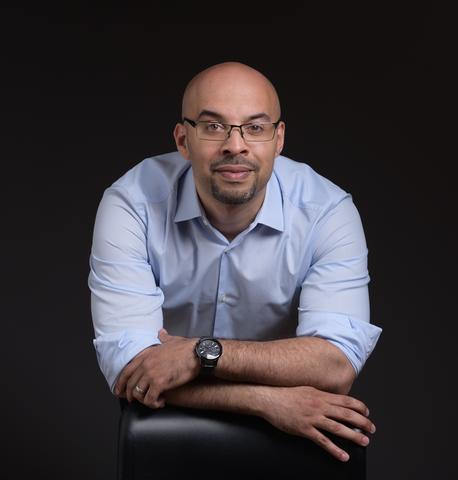 I recently read an article where Ofsted inspectors criticised a school in Croydon, south London, for not doing enough to tackle the racist language of its pupils. When faced with criticism like this, schools often say that the high levels of racist language are due to external factors. Schools can feel that it is the parent’s fault, or that there is little they can do to change the behaviour of the community.

Having worked in the local authority in question, not only did I know the school, I also knew the community in which the school is situated. In my opinion, whilst communities and parents do indeed impact on how children view those who are different to them, schools have an essential role to play in tackling racist attitudes amongst pupils. For this to happen, however, we need a greater focus on teaching young people the value of empathy.

The behaviourist approach to education focuses on rewards and sanctions, meaning we reward behaviour which complies with the school rules and instigate a sanction for non-compliance. This puts pressure on staff to regulate behaviour so that ‘teachers can teach those pupils who are able to learn’. Combined with funding cuts and an intense focus on standards and results, it is easy to lose sight of the importance of relationships and the value of diversity.

Despite these significant pressures, schools do want to promote inclusive learning. But what guidance do they receive? The Equalities Act 2010 does not apply to pupil-to-pupil behaviour in schools. Moreover, schools no longer have a duty to record incidents of bullying or even to record racist incidents – DFE guidance suggests it is for headteachers to address.

Ofsted’s inspection framework is more helpful. It says that state schools must ensure all children are free from bullying, and that schools should record and analyse bullying. It also says that inspectors can ask pupils for the schools’ stance on addressing bullies and those who are bullied. The inspection framework is useful, but does not ask the simple question: are staff able to address the harm caused by racism at a relationship level?

From my perspective, the behaviourist approach fails to address a significant problem when dealing with racism specifically or prejudice generally. That is the issue of ‘othering’. To ‘other’ someone is to make them ‘less than’ - to lower their identity and status. This is combined with the use of language to distance ‘them’ from ‘us’ so the ‘not us’ are easier to target. When we devalue someone and distance ourselves it becomes very easy to become abusive and harmful. ‘Othering’ has its many different forms and guises and is what constitutes prejudice-based bullying, as well as low-level situations which can make pupils feel uneasy and uncertain about who will protect them. The ‘us’ and ‘them’ mind set can take many forms, including racism, sexism, homophobia, territorial identities, religious, disabilities and gender divisions. All of this make it easier to harm and socially isolate those pupils on the receiving end. From the perspective of schools, the behaviourist approach can address compliance but not necessarily the damage to relationships caused by ‘othering’.

The ‘othering’ in schools can result from weak articulation of school values as well strong cliques or peer groups, where pupils try to find niches where they belong. For those pupils who don’t find a tribe to belong to, they can be at risk. Alternatively, ‘othering’ occurs when staff don’t have the skills, experience or confidence to appropriately intervene in racist situations. For example, when Caribbean pupils are racist towards African pupils - this could be viewed by staff as an issue about bullying rather than prejudice based on ethnicity. When racist incidents also include of shadism, such as dark-skinned pupils picking on lighter skin pupils, staff can feel lacking in confidence as from the outside perspective this all looks like an in-group issue. However, the issue of ‘othering’ is still present.

The use of restorative approaches has often been associated with reducing exclusion in education. However, I would argue that one of its major benefits is to articulate the voices of pupils and develop empathy. These two crucial features present a challenge for staff used to issuing rewards and sanctions. Nevertheless, restorative approaches are one of the few interventions which address racist incidents through understanding all perspectives when addressing the situation, including parents and the community. It provides those pupils who have been harmed an opportunity to express themselves and their feelings. For those pupils who use racist language and harmful behaviour, it allows them to understand the emotional and personal damage done to relationships whilst recognising that they belong to a community. For staff using restorative approaches, there is the opportunity to provide safe spaces for pupils to learn about the impact of the harm caused through racist behaviour, to (re)connect with each and remove the stigma of ‘othering’.

The use of restorative approaches in schools has been researched from various perspectives on its effectiveness. More research is needed to help understand how it can build empathy and resilience for pupils. The research and practice on addressing racist incidents in schools is lacking, with a greater focus on structural inequality rather than the reality of what happens in racist situations. The opportunity for restorative practitioners in schools is to share how they have addressed racist incidents, to repair or resolve issues for pupils. The question which remains unanswered is: what were the benefits and challenges of using restorative approaches to address racist incidents in schools? Best practice should be shared across schools, so that no pupil must bear the burden of racist language in the playground on their own.