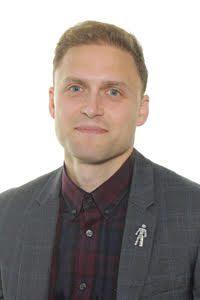 This is a guest blog from Tom Procter-Legg, headteacher of Iffley Academy, a special school in Oxford which holds the Restorative Service Quality Mark

This week Ofsted published its annual report, underpinned by over 30,000 inspections of schools, colleges, and providers of social care, early years and further education. This was no light-touch report and certainly pulled no punches with regard to the big issues facing education.

Many of the findings were already being publicly discussed by mainstream educational news outlets, however Ofsted has now been explicit in reporting serious issues linked to knife crime, exclusions, lack of support for mental health and the need for improved outcomes for learners with special educational needs and disabilities (SEND).

Ofsted’s chief inspector, Amanda Spielman’s report spells out the challenges faced by the educational sector but also clearly captures the fact that education does not exist in isolation. Schools need to be “a central part of the communities they serve” with the emphasis on “part of the community” – rather than being entirely responsible.

Knife crimes and gang violence feature heavily - with a summary of central London schools and three joint targeted inspections of local authorities, looking at criminal exploitation of children into gangs.

Too many young people are excluded from our educational system on a daily-basis, however, alarmingly, the annual report notes possible links between exploitation and exclusion:

“It is unlikely that exclusion is ever a sole reason for children being groomed into gangs. But… parents told us, for example, that gangs are sending children into schools with knives in their bags with the aim of getting them excluded to make them more vulnerable to more persistent grooming”

These are all too often our most vulnerable children, with children with SEND being five times more likely to be permanently excluded, off-rolled (a way of gaming the system to remove the students from the school roll without formal exclusion) or being subject to abuse.

Again in terms of our most vulnerable learners - only 5% of prisons and young offender institutions were judged Outstanding in 2017/2018 with almost half being judged as Requires Improvement (48%).  The report calls for “urgent action” to help these providers improve.

So is there any good news and how does this relate to restorative approaches?

Also published in the last few weeks was the Education Policy Institute’s Bullying: A review of the evidence. This document shares many of the key themes from Ofsted’s annual report, discussing managed moves, exclusions and the vulnerability of children with SEND. However what it goes on to say is that whilst tough consequences can support schools with challenging behaviour, teachers reported that what is most effective is “alternatives such as restorative justice policies”.

Key findings from the report reinforce this idea: “existing research suggests that resources should be focused on anti-bias and bystander intervention training” - another topical issue from this week in education, with reports coming out from the Guardian on implicit bias and the need for “peer support programmes, and restorative justice approaches rather than zero tolerance policies.”

For me these are all linked and now (perhaps for the first time) Ofsted has clearly defined the problem. The question really is: what next? Will schools be brave enough to follow the evidence-based research, prioritise cultural change over quick fixes and embrace restorative approaches to tackle the issues head on?