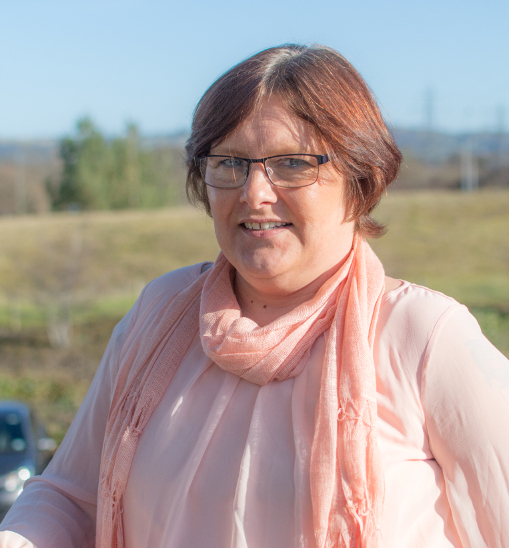 “It was a sunny day, and my 22 year old daughter Lona had spent the afternoon in the garden with her friends, Stephen and Emily. They left just after 5.30pm so that Lona could spend the weekend with her dad.

“Stephen was driving, Emily was in the passenger seat and Lona was in the back seat. They met up with one of Stephen’s friends and ended up racing through the nearby village of Bala. Stephen lost control of the car and there was an accident.

“I got a phone call at 7.45pm. I drove straight to Bala, past queues of traffic. At the crash site, the car was covered by a tarpaulin. I saw a police officer I knew and I said to her: ‘That’s Lona, isn’t it?’ She looked at me and I could tell from her face that it was true. Lona was dead.

“Stephen and Emily were taken to hospital. Stephen had lost two fingers and Emily had pelvic and back injuries. The following day, the police notified me that Stephen and the friend he had been racing had been arrested for causing death by dangerous driving.

“Stephen pleaded guilty straight away, but the other boy entered a not guilty plea which meant there had to be a trial. The stress of this was awful. I was going through chemotherapy at the time but I managed to go to every court hearing but one.

“As I sat in the court listening to the evidence I thought that Stephen’s friend would be found guilty, but the jury didn’t see it that way. Stephen was sentenced to three years and nine months. I was pleased that he’d got some sort of punishment but the length of the prison term didn’t matter to me. Twelve days or twelve years, it wouldn’t bring Lona back.

“Over the next few weeks I realised I still had questions I wanted answers to. The victim support officer came to see me to make sure I was OK and over coffee I suddenly asked if it would be possible to see Stephen. I hadn’t planned to ask to see him – it was a spur of the moment decision – but once I said it, I knew it was the right thing to do. The officer’s initial reaction was one of wariness but I explained that I had questions which only Stephen could answer. I didn’t want to hurt him or anything like that, I just wanted answers.

"I felt completely prepared to meet Stephen – I knew exactly what to expect and what would happen."

“I was put in touch with Elaine and Johnny from North Wales Police who came to see me to tell me more about restorative justice. They explained that the process is very structured and I had preparation meetings with them several times to discuss everything, from what I wanted to ask, to where everyone would sit. I felt completely prepared to meet Stephen – I knew exactly what to expect and what would happen.

“What I didn’t know on the day of the meeting was how I was going to react when I saw him – it wasn’t something I could predict. I’d had to process what happened as a terrible accident and I accepted that he had not set out that night to kill my daughter. Although I’d come to terms with that, it was still hard to go to see him.

“As soon as I saw Stephen I could see how remorseful he was and the first words he spoke were an apology. Stephen said that he’d do anything to turn back the clock. He looked me straight in the eye when he spoke and he clarified the events of that night from a perspective only he knew. I told him what his actions had done and how many people had been affected – the ripples from the death of my daughter went far beyond just the immediate family. Losing her so suddenly had wrecked all our lives, and I wanted him to know how we all felt. Lona’s sister Ella was only nine when Lona died and she’d been very close to her.

"Going into the meeting, I felt like he had something that I wanted – the answers to the questions I had."

“None of what Stephen said was a surprise as I already had a mental picture of what had happened that night but it stopped the uncertainty, the endless questions. Being able to see how remorseful he was – not hearing it from someone else, but being able to see his face as he talked – and being able to tell him what I thought about him was very powerful. I told him that I didn’t blame him for Lona’s death but I did blame him for his actions that day.

“Going into the meeting, I felt like he had something that I wanted – the answers to the questions I had – so I had to keep it together in order to get that. It was only after he’d been taken back to his cell that I got emotional. But I was upset in a good way – sad, but satisfied by the longed-for answers. I felt calmer because there was nothing I didn’t know about what had happened – I knew for sure.

“Seeing Stephen really helped me. I was able to sleep that night for the first time, and it had been almost two years since Lona’s death. It’s a funny time at night, when things go quiet and your brain ticks over, and I just couldn’t sleep through until I’d seen him.

"Restorative justice is a very powerful weapon. Stephen’s had to come face to face with me, and he now knows how I feel."

“You have to be in the right frame of mind to do restorative justice, and you have to be ready for it. It’s not an easy thing to do. I was very practical about the whole thing, which surprised me at times because I do have a temper. But it wasn’t anger motivating me to seek a meeting with Stephen, it was just a quest for answers.

“Restorative justice is a very powerful weapon. Stephen’s had to come face to face with me, and he now knows how I feel. He’s heard first-hand how his actions have affected a lot of people. There were over 400 people at Lona’s funeral and all of them carry their sadness about losing her. To be able to sit there and ask him questions and look him in the eye when he was talking, that’s real power. I was able to put a line under it and start to think about moving on.

“I’ve told Stephen that I don’t want to see him after he’s released. We live in a small village and I don’t want to bump into him but he knows this now so it’s not something I have to worry about.

“I still cry, and I still feel I have a huge hole in my life where Lona should be but restorative justice helped me put it in a box and be able to carry on for her sister’s sake.”

The RJC would like to thank PC Elaine Roberts from North Wales Police and Kate for sharing her story with us.