Henry became addicted to drugs at age 14, eventually resorting to theft to fund his habit and manipulating a vulnerable friend into helping him steal. He talks about the moment he met with one of his victims and faced up to what he had done – to himself, to his friend, and to his victims – and how he vowed never to go back to how he was.

"As I waited for Rachel* to arrive I was absolutely terrified. I knew what would happen but it was terrifying doing it – actually facing her. She was the one I stole from. It went right to my guts. I knew then that this just wasn’t me – I had to change. I think back on that day and it gives me the attitude that I need to never go back to how I was before.

"At 14 I moved schools and it was soon after that when a friend pressured me into trying ketamine for the first time. It became my addiction. I left school with one GCSE. I left my family to live with a friend in a caravan. I thought I was alright because I was next to my drugs, I could get them easily and that was what I cared about. 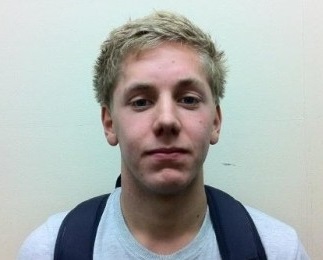 "Eventually I ran out of money. I started to go out at night, breaking into cars and sheds, stealing anything I could sell.

"I hung around with a guy called Michael*. Michael had a learning disability and I could convince him to do anything I wanted him to. One night I didn’t have anywhere to stay so I convinced Michael to let me stay at his mum’s house. The next morning while Michael was in the shower I started looking through his mum’s things. I found a ring and a Rolex watch, which I stole. I made Michael drive me away, hiding his mum’s things under my jumper.

"When I was using, it shut me off from the world.  I had no emotions, no feelings."

"Her things equalled money, money equalled drugs. When I was using, it shut me off from the world and everyone in it. I had no emotions, no feelings. To me, even that wasn’t personal. I sold the watch and ring to a dealer for drugs.

"I got caught a couple of weeks later. At court they gave me a nine-month referral order. I had to go to see someone once a week and talk about my drug problem. I would go along to the meetings and be like 'yep, yep, yep' and an hour later I’d go out and be using again. I wasn’t enjoying life, I was suffering from depression and I had never felt so lonely.

"As part of the referral order, I agreed that if Michael or his mum wanted to meet me I would do that. Rachel, Michael’s mum, decided she would like to meet me. On the day of the meeting I stood outside of the Town Hall where it was going to take place, shaking. I was absolutely terrified about going in and seeing her, with everyone knowing what I had done.

"I decided to go in there and face the music. I walked into the room where my referral order worker was waiting for me. We waited for Rachel to arrive. Those few minutes were horrible.

"Rachel came in with Peter, who was running the meeting. I could tell she was angry. She told me how furious she was when she found out about the theft and how I had been taking advantage of Michael. She asked me how could I have done what I did? She told me how badly I had abused Michael’s trust and how important it was that I didn’t do it again, to him or to anyone else. She said he was afraid of going out and making friends. It made me realise what the drugs had made me become.

"Although she was fuming with what I had done, she was still concerned about me. She was supportive of my addiction and wanted me to get better. Her being nice made me feel even worse about what I’d done.

"I told him I was never going to do that to him or anyone else again."

"I agreed to do some outdoor work as reparation and that I would get myself off the drugs. I apologised to Rachel and said I would write a letter of apology to Michael. I told him not everyone was like me; he could find friends who will be there for him and wouldn’t treat him the way I had done. I told him how sorry I was and that I was never going to do that to him or anyone else ever again.

"Quitting the drugs wasn’t easy. I stopped stealing to fund my habit straight away but it wasn’t until Peter set up a meeting reuniting me with my dad that I managed to go to rehab and get clean. Now I’m studying to become a tree surgeon and I’ve got a job, helping a local tree surgeon, which I love. I’m back with my family now, they can support me and I can support them too. It’s all looking up at the moment."

*Michael and Rachel’s names have been changed.

The RJC would like to thank Henry for sharing his story with us.