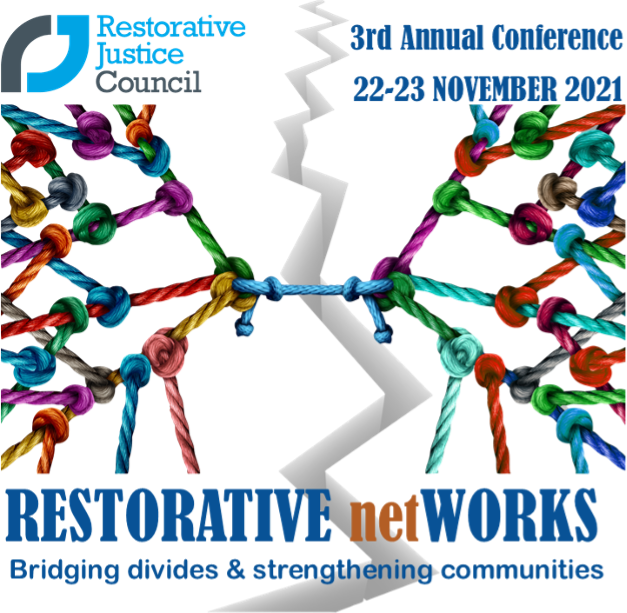 REGISTRATION OPENS 9AM ON 2ND AUGUST 2021

The imposed restrictions on our day-to-day lives over the past 16 months have, through necessity, impacted on all aspects of our lives. Many of us will have embraced opportunities for cultures to converge as the world has become more digitally connected however, political and social polarisation continue to leave communities divided and disconnected. Restorative justice practices can serve as an important bridge within societies, connecting individuals and communities with differing perspectives.

In a world of growing division, creating a culture which proactively prevents harm and creates more resilient communities is even more critical. That is why during this year’s conference we want to explore the potential for restorative justice and practices as a bridge builder when responding to complex challenges and overcoming inequalities and vulnerabilities in our communities. We are particularly interested in learning from academics, organisations and practitioners about where restorative justice is breaking new ground. Finally, we want to understand how restorative justice is being effectively implemented across our communities including education, health, workplace and secure settings. Thus, the theme of the 3rd annual RJC conference is Restorative netWorks – bridging divides & strengthening communities.

This year, our conference sessions will focus on one of four areas:

We already have an extremely exciting list of confirmed keynote speakers that are sure to stimulate debate and discussion in our effort to provide insight into how we might bridge the divides and strengthen communities. 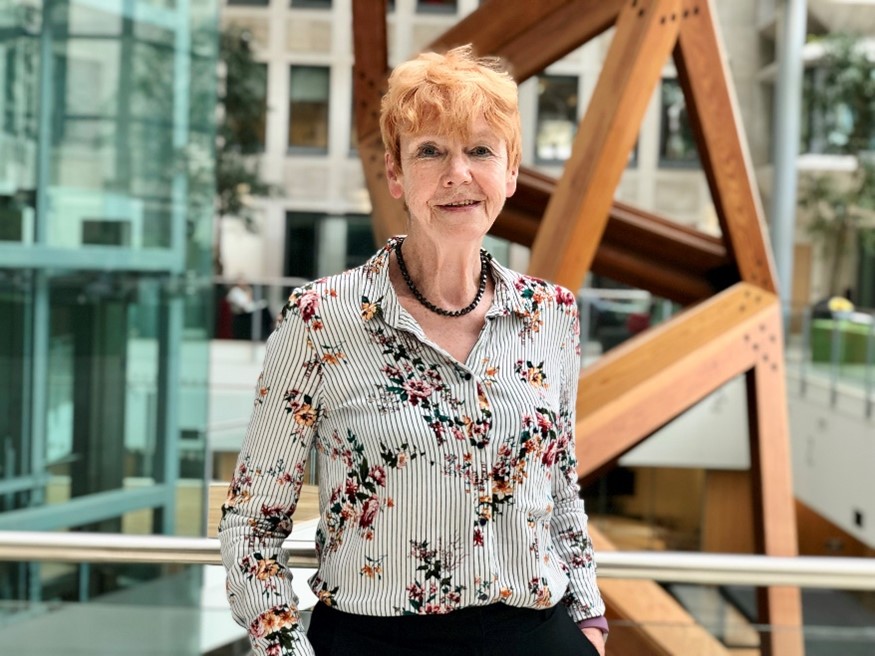 Dame Vera Baird DBE QC
Victims’ Commissioner (VC) for England and Wales
Appointed on 24 June 2019, Dame Vera is responsible for championing the interests of crime victims and witnesses and reviewing the operation of the Victims Code of Practice (the Code).

As Commissioner, she regularly meets heads of Criminal Justice agencies, Ministers, Chief Constables, Police and Crime Commissioners, victim organisations, Parliamentarians and voluntary groups. She will undertake reviews into victim services and report on how agencies are complying with the Code.

Dame Vera is the former Police and Crime Commissioner for Northumbria (2012-19).

She previously spent much of her working life as a criminal barrister. She was called to the Bar in 1975 and took silk in 2000. She served as Labour MP for Redcar from 2001 to 2010. She was a Government Minister from 2006 to 2010 and Solicitor General from 2007 to 2010 - the House of Common's most senior law officer. As Solicitor General she was closely involved in criminal justice policy and legislation and is particularly proud of her role in taking the Equalities Act 2010 through its House of Commons stages

In 2017 she was appointed Dame Commander of the Order of the British Empire (DBE) for services to women and equality. 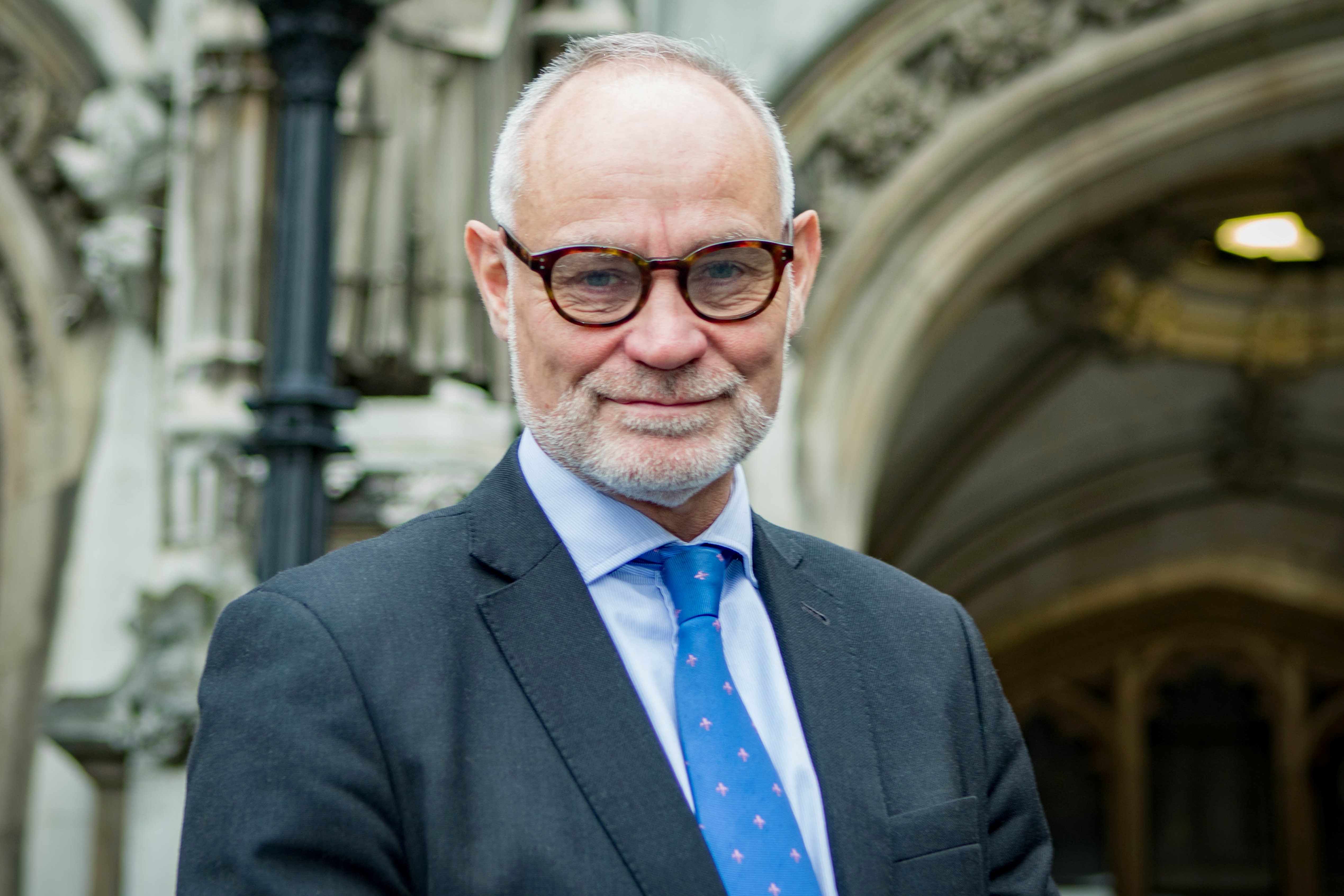 Crispin Blunt
Member of Parliament of the United Kingdom
Crispin was elected as the Member of Parliament for Reigate in 1997 and has a diverse Parliamentary career including serving as Minister responsible for Prisons, Probation and Youth Justice from May 2010 until September 2012. Since then, Crispin has continued to advocate for a better understanding of criminal justice.

Policies that were of particular personal interest included the introduction of payment by results, restorative justice and work in prisons. Crispin also has a long-standing interest in foreign affairs and was elected Chairman of the House of Commons Foreign Affairs Select Committee from June 2015 to May 2017 and is currently Vice Chair of the Conservative Middle East Council.

From his experience as Prisons Minister and as Foreign Affairs Committee Chair, Crispin has seen first-hand the failure of the half-century “War on Drugs” both at home and abroad.  He has become co-chair of the APPG on Drug Policy Reform where he advocates for a reassessment of the costs and benefits of the current prohibitionist approach. He is also chair of the Conservative Drug Policy Reform Group.

Crispin’s personal life story has taught him a deep personal understanding of the difficult challenges LGBT+ people face both at home and abroad, and is secretary of the APPG on Global LGBT Rights. Especially as Britain has a particular responsibility for many Commonwealth countries laws as they have been inherited from Britain’s colonial past. Crispin is also co-chair of the All-Party Parliamentary Humanist Group. 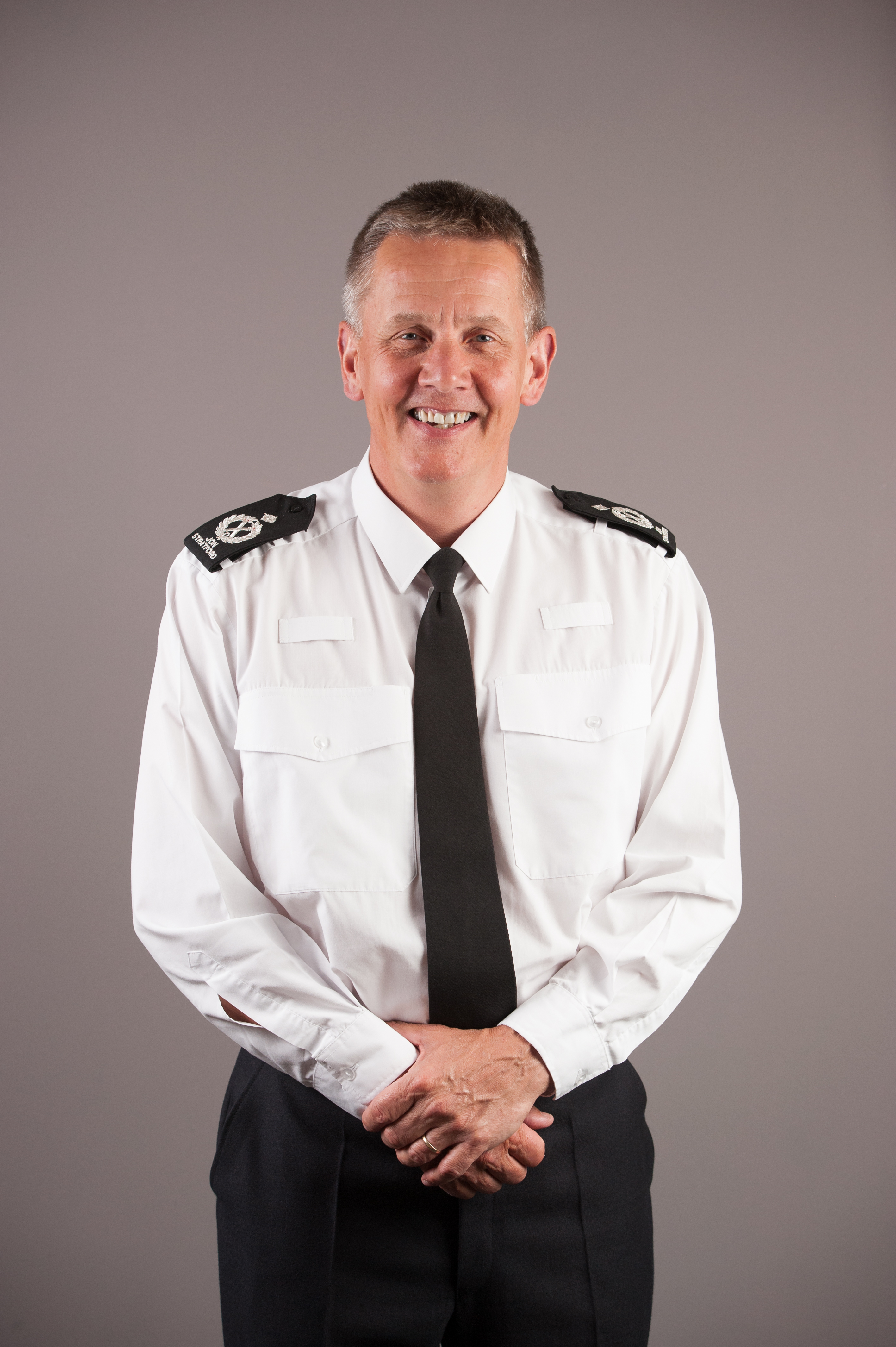 Jon Stratford
Deputy Chief Constable
Jon began his policing career in South Bristol in 1992 with the Avon and Somerset Constabulary. He served in a variety of roles in both rural and urban environments culminating in the Policing Commander for Bristol.  After serving for two years as an ACC with South Wales Police he returned to the West Country in 2016, leading regional Specialist Operations and Major Crime Investigation collaborations before being appointed Deputy Chief Constable for Gloucestershire in May 2017.

Whilst the policing lead for Bristol, Jon introduced joint working arrangements with colleagues in the probation and prison services, local authorities and third sector that delivered significant crime reductions through the intensive management of prolific offenders.  Concurrently he introduced restorative justice to Avon and Somerset.  He remains firm in the belief that the Police Services’ role in offender management should extend beyond the conviction of offenders.

As the NPCC lead for Integrated Offender Management (IOM), Electronic Monitoring (EM) and Restorative Justice he is now leading the police-side implementation of the national refresh of IOM working and the Ministry of Justice’s EM Portfolio.

Jon is a family man with interests that include surfing, cycling and rugby; essentially anything else that gets him outdoors with his three sons. He is the chair of governors of his local primary school. 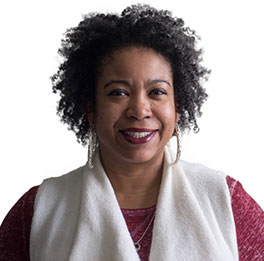 Dr Terence Bevington
Restorative Lab / Conexus Conflict Consultancy
Dr Terence Bevington is a spirited and committed educator who relishes the role of learner as much as teacher. In his 25 years working in a variety of roles within education and as Director of Conexus Conflict Consultancy and the Restorative Lab, he has built a strong reputation as an enabler and challenger. The focuses of Terence’s work are restorative practice, peace practice and evaluation. He has published and presented internationally on all three subjects. In his research and his practice Terence seeks to inspire thoughtful action.

More speakers to be announced shortly

Please ensure if selecting a members rate that you a hold a valid RJC membership. If you are unsure of your membership status, please login into your RJC account using the link below to check.

All conference fees are inclusive of VAT

*Concessions: are available to those whose only household income is from state benefits or students registered with a further or higher education institute and studying a full time, part time or distance course.

Not currently a member of the RJC? 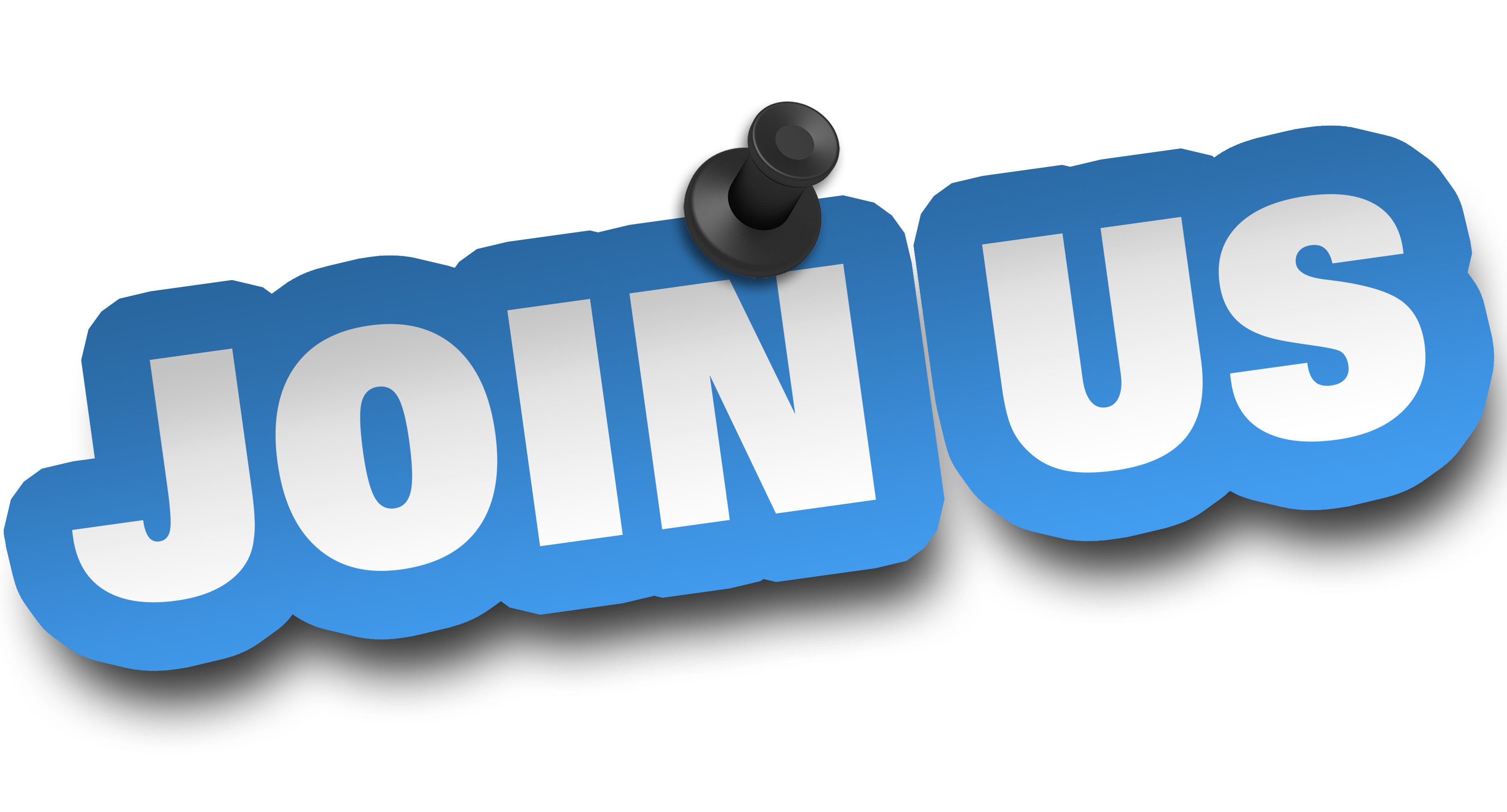 Please help us and let your friends, colleagues and followers know about our page: The 3rd Annual Restorative Justice Council Conference