Towards a renewed partnership? Reconsidering the role of religion in restorative justice 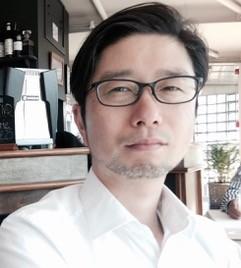 This blog is the third of the RJC’s blog series highlighting how restorative practice connects with some of the big themes of the day. In this blog, Yutaka Osakabe, a PhD researcher at the University of Aberdeen, reflects on the long-disputed role of religion in restorative justice from his fieldwork.

In the early days, some groups of Christians (although not Christians alone) made significant contributions to the development of restorative justice theory in North America. A book by Howard Zehr, a Christian criminologist, became a foundation for restorative justice practitioners within and outside Christian communities. However, both at the academic and practical level, Christian restorative justice began receiving serious criticism. This was mainly centered upon Christians’ tendency to impose their theological ideals, such as forgiveness, to the victim. The concern was that this focus on forgiveness can lead to re-victimisation; if the victim refuses to forgive, they can be made to feel as if they are being immoral. When Christians try to talk about restorative justice outside of their own communities, this concern about the 'f' word leads to scepticism and accusations about their motivations. My research sought to understand whether this forgiveness accusation is empirically supported and how Christian practitioners respond to it in the UK.

Whilst it was the church (along with the indigenous community) that introduced the idea of restorative justice to the state in North America, in the UK it mainly happened the other way around. However, British Christians did, and still do, encounter similar criticisms over forgiveness. A volunteer at Prison Fellowship, one of the leading faith-based organisations in the field, told me that he was often accused of being Prisoner’s Friend. This illustrates the feeling from some others in the field that Christians are all about forgiveness and do not take the consequence of crime seriously. My interviews with Christian restorative justice advocates and practitioners in the UK showed that their support for restorative justice is not because it promises forgiveness or compassion, but because of its focus on repentance. The Christian concept of apologising means being accountable for one’s wrongdoing and committing to turn lives around.

In the UK, where restorative justice is implemented into policy and practiced within local authorities, it inevitably carries a risk of what Mark Umbreit once called McDonaldisation. That is, a tendency for agencies of restorative justice to ‘de-emphasize the restorative values on which mediation is based, while emphasizing the values of efficiency and moving cases quickly in the interest of relieving the overcrowded court system’. Because of the institutional agenda of the UK government (such as to reduce the prison population), or perhaps just because of working under the pressure of overflowing paperwork, it is very natural for policy makers and practitioners to overlook the fundamental principles of restorative justice such as accountability. The Christians I interviewed were worried that the restorative justice process has become a tick box exercise in which the offender can get away with just saying ‘oh, I am sorry’. Their commitment to the Christian concept of repentance leads to a model of accountability which sees the harmer acting sorry and making a commitment to turn their life around. This focus on accountability is what Christians believe they can contribute to the discussion of restorative justice today.

German philosopher Jürgen Habermas suggests that the modern society which tends to rely heavily on an instrumental argument needs religion in order to revive our ability to make a moral argument. In my view, religion can remind us of the significance of restorative justice ends, rather than reducing the process to a mere tool for achieving instrumental purpose such as fewer people in prison. My argument is not that people cannot do this without explicit religious commitments - nonreligious people are just as capable of understanding the principles of restorative justice. However, whether or not we are religiously committed, we all realise at some point that it is extremely difficult to put principles into practice and not get buried in a tick box exercise.

In this reality, we may be able to benefit from religious partners for keeping our focus to the original values. Having religious voices on board helps restorative justice to maintain its moral goal and avoid becoming another set of abstract procedures. It makes sure we are always reflexive between the value and practice of restorative justice. Again, it is not that nonreligious people cannot do this; rather, it is that religious people can be the reinforcement for achieving this reflexivity together.